Glass Island is Korea’s Murano, famous for its glass craft! Glass Island in Daebu Island is a multicultural complex over a wide area of 43,000㎡ in 2012, established with the goal of becoming Korea’s Murano.The Island has glass sculptural park and museums featuring works by famous artists. Visitors can also watch glass craft demonstrations and even create their own glass artworks.

Visitors can walk over the seven walkways spanning 74 km, enjoying the natural landscape of Daebu Island. The walkway begins at the Bangamori wharf along the Gubong Island, Daebunamdong, Seongam Island, and Tando Port to the Daesong complex. Course 1, which extends from Bangamori to Donji Island trail, is most visited by people. The sunset observatory that connects ocean routes with ant’s waist bridge attracts many photographers thanks to its beautiful landscape during the sunset. The Daebu Haesolgil surrounding Daebu Island offers a wide range of landscapes on its pine trees trail, salt field trail, sunset trail, ocean trail, wetland trail, vineyard trail, and country trail. During the summer, families enjoy the wetlands of the West Coast and seasonal birds. 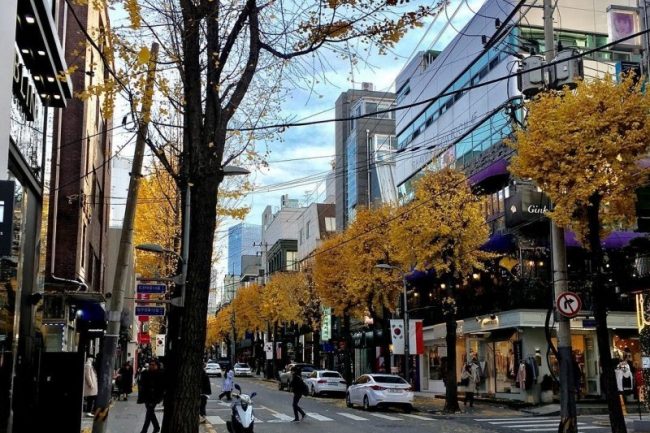 The ginkgo tree-lined street (Sinsa-dong Garosu-gil) that runs from Sinsa Station (Subway Line 3) to Hyeondae High School is a popular, upscale street in Seoul. The street (also known as ‘artists’ street’) has an eccentric flair thanks to its variety of charmingly decorated coffee shops, and designer stores. Garosu-gil is particularly popular in autumn when the golden ginkgo leaves begin to fall.

The world’s largest tidal power plant, Sihwaho Tidal Power Plant produces enough electric power to serve 500,000 people a year. The tidal power plant uses the gap between the water level of tide and ebb to produce energy. As Sihwa lake has a water level gap of nine meters, it is an optimal place for tidal power generation.The Sihwaho Tidal Power Plant can be seen from T-Light Park, which was made out of the sand that was excavated while building the power generator. The park is home to restaurants, coffee shops, the ocean view plaza, and the light obelisk tower. It also hosts various performances, establishing itself as a must-see tourist attraction on Daebu Island.

Yeoju is a region where clean agricultural products are produced, and Yeoju 5-day market is the best market to buy agricultural products at a low price compared to other markets in Icheon and Yangpyeong.
In addition, there is no entry and exit of vehicles due to the implementation of the Jungangtong car-free street, which was promoted as part of saving Yeoju business district in entering the market. You can enjoy it.

Yeongneung is the joint tomb of the fourth ruler of the Joseon dynasty, King Sejong (1397-1450, reign 1418-1450) and his wife Queen Soheon (1395-1446). This was the first joint royal tomb of the Joseon dynasty. King Sejong was the third son of the third ruler, King Taejong, and his wife Queen Wongyeong. He came to the throne at the age of 22. During his 32-year reign, he was very influential in the development of Korean culture. For example, King Sejong created the Korean alphabet, which he called Hunminjeongeum, and set up the Hall of Worthies (Jiphyeonjeon), an association of the kingdom’s brightest scholars. He also used Confucian principles to administer state affairs. Under the reign of King Sejong, therefore, many sectors including politics, economy, society and culture flourished. In fact, King Sejong the Great is regarded as making some of the most brilliant achievements in Korean history. 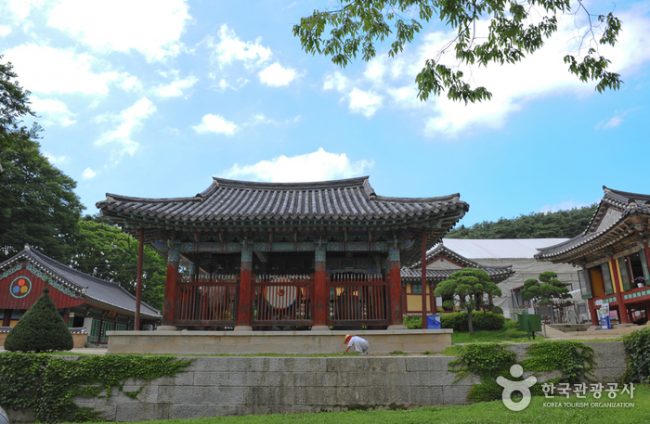 Situated in Yeoju, Gyeonggi Province, the Silleuksa Temple Resort (신륵사관광지) features countless relics and remains, awe-inspiring scenery, the Geumeun Sand Zone, and Silleuksa Temple. Silleuksa Temple is also referred to as the byeokjeol (‘walled temple’ because it has a pagoda made entirely of bricks). The pagoda was erected by the renowned Buddhist monk Wonhyo during the Silla Kingdom, and is visited by many who are drawn to the beautiful natural scenery along the banks of the Namhangang River, which is served by convenient transportation.

Nestled at the foot of Jinsan Mountain, Icheon, Seolbong Park is popular among citizens and known for being the festival venue of Gyeonggi International Ceramic Biennale, Icheon Ceramic Festival, and Icheon Rice Cultural Festival. The park has a wide lake in the center with walking paths and gardens, giving traditional ambience around the lake. Cerapia, ceramic themed park, offers hands-on programs for visitors to experience ceremics.